At Prism Communications, we’re about one thing: winning.

Not winning awards. Not winning praise from pundits. Winning campaigns. YOUR campaign.

To get there, we put you first. We become a full partner in your campaign: from strategic planning to earned media to paid advertising, we help you tell your story and move voters.

We recognize that every candidate and every campaign are different. So we work with you to create a message and branding that reflect what you’re about. Then we build an integrated communications plan that marries traditional broadcast and cable advertising with online ads and video to deliver that message.

Our partners have years of experience in campaign management, strategy, and advertising, and we’ve assembled the top talent in the business to oversee our in-house production operation. All for one reason: to help you win. 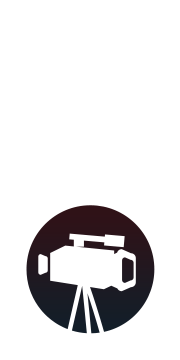 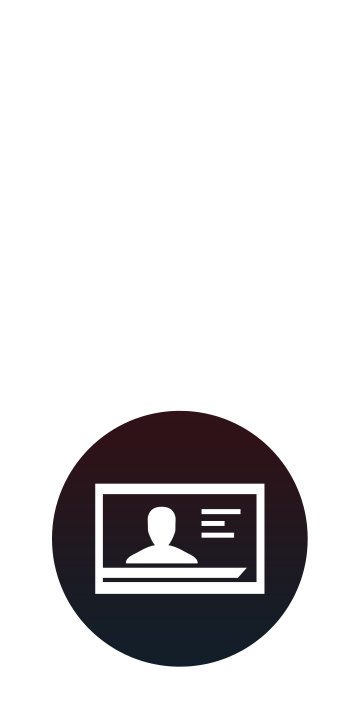 A founding partner of Prism Communications, Peter Cari is one of the country’s leading experts on campaign tactics and strategy. He brings his blend of research-driven strategy and hands-on client involvement to bear in his work with campaigns ranging from the legislative level to statewide races, ballot initiatives, and independent expenditure operations.

Cari began his political career as a college intern at the Democratic Congressional Campaign Committee, and from 1996 to 2004 served in various senior-level roles at the DCCC. As Political Director in the 2004 cycle, he was responsible for the committee’s overall strategic direction, candidate recruitment, and messaging. In both 2002 and 2004, he directed all aspects of the DCCC’s $40 million independent expenditure campaigns. In 1998, Cari served as the DCCC’s chief tactician, directing the Committee’s polling, research, and issue advocacy operations. And in 1996, he headed the research department and led the issue advocacy program, which assisted in the pick-up of nine seats.

In 1999, Peter founded Cari Strategic, a firm dedicated to providing research, planning, and strategic guidance to candidates and other clients such as IMPAC 2000, the Democratic Party’s nationwide redistricting project.

An avid hunter, fisherman, and University of Wisconsin Badgers fan, Peter lives in Arlington, VA with his wife and son.

Maura Dougherty is a founding partner of Prism Communications and brings over twenty years of experience in media relations, campaign management, and ad-making to the firm. From Capitol Hill to the campaign trail, she has helped Democrats at every level to get their messages out and win over voters.

Over the last fifteen years, Dougherty has brought her campaign experience and communications expertise to bear on behalf of the firm’s candidates, helping numerous Democrats win competitive Congressional, gubernatorial, legislative and down-ballot races. She has also been extensively involved in the firm’s work on progressive ballot measures and Independent Expenditures. In addition to her hands-on work with campaigns, she oversees the firm’s creative and post-production operation, and has written, directed and produced a number of long-form videos for candidates and causes.

In 2002 and 2004, Dougherty was Associate Creative Director at Mission Control, a leading direct mail firm, where her hard-hitting mail pieces earned the firm three First Place Pollie awards. In 1999 and 2000, Dougherty served as Press Secretary for US Senator Chuck Schumer, overseeing his aggressive media operation in New York and traveling extensively across the state with the Senator during his crucial first year in office. In 1998, her work as Communications Director for Tom Vilsack’s bid for governor of Iowa introduced her to the wonders of the Iowa State Fair (and contributed to Vilsack’s upset victory against a much-favored opponent).

Dougherty has worked with the National Democratic Institute to conduct trainings for candidates and activists in far-flung locations including Iraq, Rwanda and Kosovo. Rarely reticent about sharing her opinions, she has appeared as a political analyst and commentator for MSNBC and Fox News Channel. She lives in Washington DC with her speechwriter husband, two teenaged step-children and a rotating cast of surprisingly needy cats.

A native of Granite City, a hardscrabble steel town on the banks of the Mississippi River in Southern Illinois, BJ Neidhardt has worked in the political world for the last sixteen years on races at every level from State Legislature to President. Neidhardt is one of the country’s top operatives and brings an expertise in data-driven messaging, budgeting, paid media, targeting, and fundraising.

BJ began his career during college in central Illinois as the scheduler on a long shot congressional race in 2000 that emerged as a top target for the DCCC. After that race he caught the political bug and has traveled the country taking on the toughest and most expensive fights.

Neidhardt has worked on campaigns and advised candidates in more than twenty states, including Florida, Michigan, New Hampshire, Kentucky, Ohio, Iowa, and Virginia. Last cycle he managed Mark Schauer’s campaign for governor of Michigan, which surprised pundits as one of the most competitive and well-funded challenges in the country. A veteran manager of four congressional races, Neidhardt has also spent time as a regional political director at the DCCC and DSCC.

Neidhardt has managed some of the most expensive House races in the country, including Mark Schauer (MI) in 2008 and Betty Sutton (OH) in 2012. As a result, he’s keenly aware of how it feels to have the Koch Brothers unleash their seemingly endless resources against your candidate – and he knows how to fight back.

Outside of the campaign world, Neidhardt took on the issue of stopping President Bush’s Social Security privatization scheme in 2005. He has also spent time on the official side, helping to pass legislation as the Michigan Senate Democrats’ External Affairs Director in Lansing and as Washington Director for Congressman Mark Schauer.

BJ holds a degree in Political Science from Illinois Wesleyan University and lives in Mason, Michigan with his wife, Julie Petrick, and Vizsla, Seneca. He spends his free time shooting sporting clays, practicing craft distilling, and rooting for the St. Louis Cardinals and Notre Dame Fighting Irish. He is a tireless campaigner who is always available to help out a campaign, with one exception – please don’t call during the Notre Dame game.

Rich Pelletier joins Prism Communications after serving as the Deputy Campaign Manager for Bernie Sanders’ campaign for President. On the Sanders campaign, he oversaw the field and political programs and managed the campaign’s ballot access and delegate teams.  At the height of the campaign, Rich was responsible for over 1,200 staff members in 20 states, managing state directors and direct voter contact programs. Rich ensured that these staff and programs effectively captured, harnessed and mobilized the incredible grassroots energy manifesting itself across the nation. Aligning digital organizing strategies and traditional offline organizing and activities was one of the great successes of the campaign.

Rich brings 25 years of campaign experience to the Prism team. He has served in nearly every capacity in almost every type of campaign. From ballot initiatives to Congressional races to caucus programs, Rich has been a manager, political director, field director and press secretary. The breadth of his experience has given him a unique understanding of all aspects of campaigning, enabling him to work holistically with clients to grow and maximize their campaigns.

Rich’s political career began in 1992 when he returned home to northern Maine after serving in the 3rd Armored Division in the Gulf War. He began volunteering with Pat McGowan’s campaign for Congress, which led to an internship in the Maine House Speaker’s office. There he met state Senator John Baldacci, and went on to work on Baldacci’s campaign for Congress and later in his Congressional office, managing the Congressman’s two northernmost district offices. Rich then became House Caucus Director for the Maine Democratic Party – leading the Democrats to an 88 to 62 majority over two cycles. Over the next two years, he worked on a ballot initiative campaign and as state director for America Coming together, which at the time was the largest independent expenditure campaign in the nation’s history.

Since leaving New England, Rich has worked with America Votes – first as Colorado State Director and then as National Field Director, where he managed staff and programs in 11 core states and nine affiliate states, as well as coordinating independent expenditure programs across the country. Rich has also worked with a host of organizational and corporate clients, helping them develop grasstops and grassroots advocacy programs to influence local, state and federal lawmakers and decision makers.

Rich is a lifetime member of the Veterans of Foreign Wars having served in the Gulf War, a current member of the board and former Chair for NARAL Pro-Choice Colorado, and is a member of the Waycobah band of Mi’kmaq Indians. He lives in Eldorado Springs, Colorado, with his wife Maria and their two boys, Max and Ollie.

A Washington, D.C. based writer, video producer and director, Matt brings to Prism over 14 years of filmmaking experience. He has a clear focus on creating artful narratives with compelling messages designed to move and influence audiences.

With a Masters degree in filmmaking, Matt has spent most of his professional career immersed in political advertising. He has produced hundreds of videos and radio ads for a wide variety of clients, ranging from Presidential, gubernatorial, Congressional, and state legislature candidates to Independent Expenditure and issue advocacy organizations

In addition to his work in the political realm, Matt has worked on corporate videos, documentaries, independent films, and music videos.

With many award-winning productions under his belt, Matt continues to seek the most innovative creative approaches to telling a story that makes people listen.

Matt received his Masters from Bristol University in the UK, and a Bachelors in English Literature from Colby College. He is a native of Washington, DC, and, when not writing or behind the camera, likes to get outdoors and threaten fish with his fly rod.

Kevin Good is a cinematographer, director and production expert, and brings a diverse background and vast production experience to Prism. He’s worked with the principals at Prism since 2010, directing, shooting, and editing political ads in high-profile races across the country.

In addition to political media, Kevin has worked on a wide range of projects, from creating television pilots for Fox Television Studios to filming interactive choose-your-own-adventure films for the U.S. Army. His work has been featured in the Independent TV Festival in L.A., the New York Television Festival, the Cannes Film Festival, and others. He created the viral ad for the Word Lens (now Google Translate) app that received over 5 million views online and was featured on major news and talk networks worldwide.

Kevin taught photography and filmmaking at Boston University’s Center for Digital Imaging Arts, which drove him to create the viral web series “Weapons of Mass Production”, which is equal parts cinema-craft-how-to and viral comedy.

Kevin is also an RC aerial cinematography expert, and the “Director of Flying Robot Arts” for the DC Drone User advocacy group.

He recently directed his debut feature film “Dinner With the Alchemist”, which will be screening at film festivals around the world in early 2016.

Jenna Good was born in Seoul, South Korea and is a producer, writer, and filmmaker that got her start in production acting in a popular Korean television show at the age of 10.  At age 16, Jenna moved to the United States and has since moved behind the camera and focused on screenwriting and producing. She has produced a wide variety of shoots including feature films, television and web commercials, pilots, and most recently worked as a production coordinator for Disney-ABC Television.  Jenna is also an award winning screenwriter, receiving her MFA in Fiction Writing from George Mason University.  Jenna began producing political ads for the 2014 cycle and lives bi-coast-ally in the Washington DC area and Los Angeles.  When Jenna is not producing, you can find her in a ballet class at The Washington Ballet or binge watching the latest Netflix Original Series.